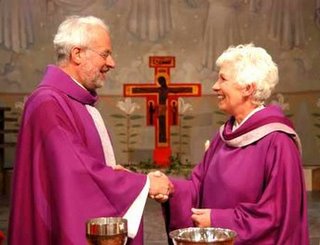 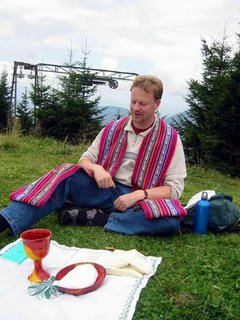 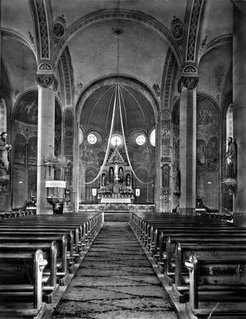 Van belang is vooral volgend citaat het de Romeinse Catechismus:
"But the words which are added for you and for many (pro vobis et pro multis), were taken some of them from Matthew (26: 28) and some from Luke (22: 20) which however Holy Church, instructed by the Spirit of God, joined together. They serve to make clear the fruit and the benefit of the Passion. For if we examine its value (virtutem), it will have to be admitted that Blood was poured out by the Savior for the salvation of all (pro omnium salute sanguinem a Salvatore effusum esse); but if we ponder the fruit which men (homines) will obtain from it, we easily understand that its benefit comes not to all, but only to many (non ad omnes, sed ad multos tantum eam utilitatem pervenisse). Therefore when He said pro vobis, He meant either those who were present, or those chosen (delectos) from the people of the Jews such as the disciples were, Judas excepted, with whom He was then speaking. But when He added pro multis He wanted that there be understood the rest of those chosen (electos) from the Jews or from the gentiles. Rightly therefore did it happen that for all (pro universis) were not said, since at this point the discourse was only about the fruits of the Passion which bears the fruit of salvation only for the elect (delectis). And this is what the words of the Apostle aim at: Christ was offered up once in order to remove the sins of many (ad multorum exhaurienda peccata – Heb 9:28); and what according to John the Lord says: I pray for them; I do not pray for the world, but for those whom you gave to Me, for they are Yours (John 17:9). Many other mysteries (plurima mysteria) lie hidden in the words of this consecration, which pastors, God helping, will easily come to comprehend for themselves by constant meditation upon divine things and by diligent study. (My translation and emphasis. Part II, ch. 4 (264.7-265.14) from the Catechismus Romanus seu Catechsimus ex decreto Concilii Tridentini ad parochos …. Editio critica. Libreria Editrice Vaticana, 1989, p. 250. Cf. The Catechism of the Council of Trent. Trans. John A. McHugh & Charles J. Callan. Joseph F. Wagner, Inc.: New York, 1934, pp. 227-28.) "
En van Kardinaal Ratzinger:
“The fact that in Hebrew the expression “many” would mean the same thing as “all” is not relevant to the question under consideration inasmuch as it is a question of translating, not a Hebrew text here, but a Latin text (from the Roman Liturgy), which is directly related to a Greek text (the New Testament). The institution narratives in the New Testament are by no means simply a translation (still less, a mistaken translation) of Isaiah; rather, they constitute an independent source”.
Hij laat ook duidelijk de lutheraanse achtegrond van de Vaticaanse vergissing pro multis=voor allen zien.
Zie ook volgend citaat van Klaus Gamber: ""Truly problematic, in fact truly scandalous, is the translation of the phrase pro multis as "for all," a translation inspired by modern theological thinking but not to be found in any historical liturgical text." (footnote: "In the exegesis of Heb. 9:28, St. John Chrysostom explains quite succinctly: 'He was offered but once to bear the sins of many. Why does he [St. Paul] say, 'of many,' and not 'for all'? Because not all had faith. Although He died for all, as far as He is concerned, to save all, His death voiding the downfall of all mankind, yet He did not take away the sins of all, because they themselves did not want Him to do this." (The Reform of the Roman Liturgy, pp. 55-56)"
Gepost door The Belgian Thomist op 15:15 Geen opmerkingen: 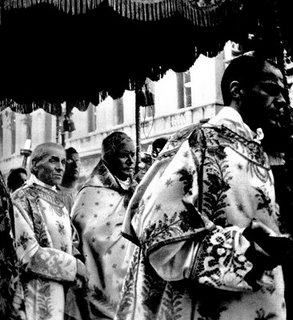 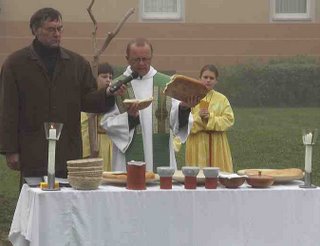 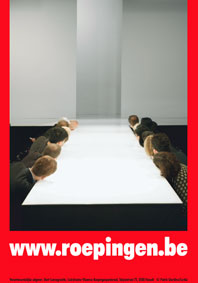 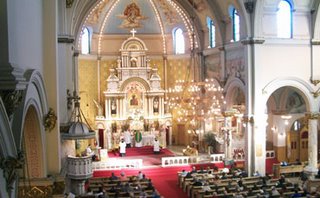 On the Tridentine Mass

It would appear that Pope Benedict XVI intends to reinvigorate the beleaguered (Tridentine) Latin mass, which in the late '60s was almost universally replaced by individual vernacular languages to encourage "active participation" for ordinary parishioners. Although not a stakeholder in the issue, I am all in favour of Latin's second coming.
Last month, my friend Monique, an Opus Dei numerary, honoured me with an invitation to attend a traditional private mass presided over by Bishop Javier Echevarria, the visiting Opus Dei prelate. I'm one of those academic fossils who actually majored in Latin in university, so the sonorous majesty of the recitations provided me with a fillip of cultural nostalgia I could not have experienced anywhere else these days.
Monique closed the liturgical loop last Saturday by accompanying me for her first-ever visit to a synagogue. Although she didn't understand a word of the almost all-Hebrew service, she declared herself aesthetically pleased, and the prayers meaningful for their historical associations with Christianity.
After a lifetime of sometimes more, sometimes less frequent attendance at synagogue, I negotiate the Hebrew service with casual familiarity, for the same motifs recur again and again. But since I don't speak vernacular Hebrew, my vocabulary remains frozen at the "See Spot run" level. So, ironically, even though I am a fluent reader and chanter of my own liturgy, I actually grasped more of the literal meaning in the Opus Dei mass than I do in my own Hebrew prayers. Nevertheless, the Catholic mass, Latin or otherwise, will never be anything but an aesthetic experience for me, while my imperfectly understood Hebrew meets all my spiritual needs.

I see the worship service as more about belonging than belief. An ancestral, globally employed language like Hebrew or Latin provides a context for predictable and organic communion amongst those present at the service. Through regular engagement, even though rote, with a universally recognized language, worshippers are subliminally imbued with a common motivational narrative from the past, common moral goals in the present and intimations of a common destiny in the future.
But the ancient language and music of the liturgy, which unite the individual with his fellows in the sanctuary's space, also unite the individual with the eternal idea of peoplehood -- those who came before and who will come after -- in time. Under the mesmeric sway of ancestral language, the finite moment is transcended through expressions of aspirational yearning (future), emotional attentiveness (present) and nostalgia (past) to fuse in what the philosopher Henri Bergson called "intentional time," when the worshipper achieves the spiritual peace that is conferred by timelessness.
Last Saturday was my father's yahrzeit, the anniversary of his death. I spoke aloud the ancient Hebrew words of the mourners' kaddish, as my English/Yiddish-speaking father did for his father, and his Polish/Yiddish-speaking father and forefathers before him for theirs. Declaiming it in English would have no heritage meaning for me. It is a comfort to know that I could have walked into any synagogue in the world on any Sabbath, recited the same prayer, and experienced the same sense of peoplehood as I do here. In the 1960s, the received wisdom amongst ascendant secular humanists taught that all traditional, hierarchical institutions were intrinsically corrupt, and only an induced cultural amnesia would suffice to level the playing field. Even the Vatican was not immune to the force of the zeitgeist. But making the mass egalitarian, and literally more accessible through the use of vernacular, did not bring more people to the Church, in North America at any rate.
Reform Judaism once tried to phase out Hebrew in the interest of "active participation." The services were "accessible" but sterile and deracinating, and now Hebrew is back in the Reform liturgy. Quod erat demonstrandum. Bring back the Latin mass.
Gepost door The Belgian Thomist op 20:10 Geen opmerkingen: