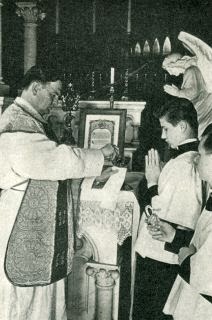 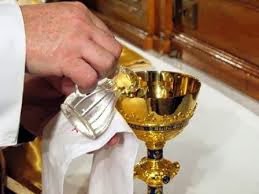 Third update on the activities of Father Leo Elders

A few months ago we were able to track down his earliest writings. During the early 50’s father Elders wrote a series of reports on his travels to catholic places in Europe, reports which were published in Katholieke Missiën, the missionary magazine of his Congregation. These pictures are taken from this magazine and most likely are the first public images of Father Elders. 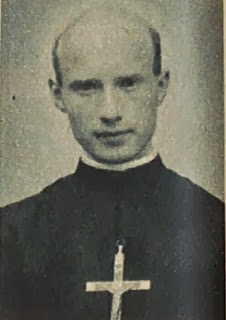 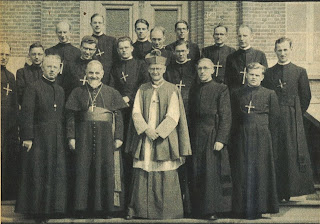 In the Fall of 2012 his revised introduction to Aquinas in Dutch was published; a French edition of this book will be published shortly.
In the same Fall of 2012 Father Elders blessed the restored statue of St. Thomas Aquinas in the library of the Major Seminary of the Diocese of Haarlem-Amsterdam. 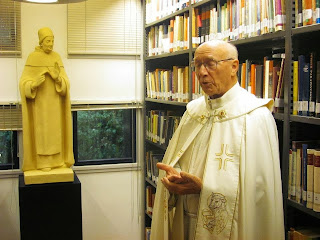 Two articles appeared in this period:

In October 2012 he gave a lecture in Torun, Poland on ‘Aristotle in the Summa Theologiae’ and in March 2013 in Metz, France entitled ‘La sagesse dans l’oeuvre de Thomas d’Aquin’.

In June 2013 he attended the annual meeting of the Pontifical Academy of Saint Thomas at the Vatican and gave a series of conference on Truth in Aquinas for the Sita in Rome.

In September 2013 he went to Chile and Argentina. At the Universidad Santo Tomas he gave a series of conferences entitled ‘Santo Tomás de Aquino  y los grandes filosofos’ and at the Semana Tomista in Argentina a paper on Aquinas and the gnosis.

He will give a paper on Gaudium et Spes at the yearly theological conference at the University of Navarra, Pamplona in October and also prepared a contribution on Inspiration in Aquinas for a Festschrift of a friend at the university there.