The End of an Era

This is the sixth installment in our series of yearly updates on the scientific endeavors of the Dutch Thomist Leo Elders s.v.d. 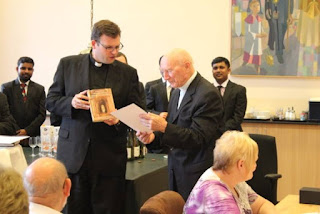 On June 24, 2016, after forty years of teaching at the Major Seminary Rolduc (Diocese of Roermond, Netherlands), Father Leo Elders, who, Deo volente, will be celebrating his ninetieth birthday this summer, said farewell to his colleagues and students at the seminary. On that occasion he was given the first copies of two new books. 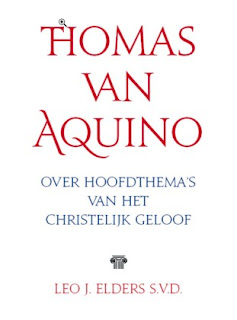 The first book, appearing in Dutch and entitled “Thomas Aquinas. On central themes of the Christian faith” presents the major themes of the Christian faith, as understood by Thomas Aquinas. It entails chapters on such themes as the relation between nature and grace, divine revelation, the doctrine of the Trinity, God as Father, on man as image of God, the interior life of Jesus, the Holy Spirit, the sacraments in general, the Eucharist, etc. 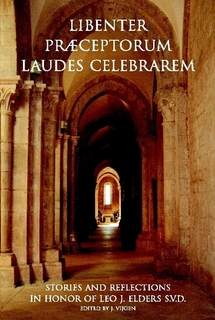 The book contains three sections. A first section contains a hitherto unpublished autobiographical essay, entitled “My life as a disciple of St. Thomas Aquinas”. The second section contains some forty stories and reflections on the life and work of father Elders by colleagues and (former) students. Special mention should be made of the contribution by the recently deceased cardinal Georges Cottier and contributions by Romanus Cessario o.p., Karen Zedlick (Thomas Aquinas College) and Jude P. Dougherty (CUA). The third section contains his official bibliography from 1960-2016 and counts exactly four hundred titles. The book can be ordered via this link. 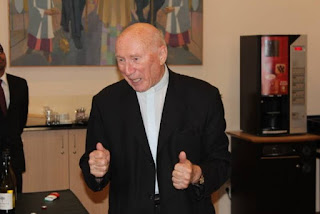 In his concluding words to his colleagues and students Father Elders expressed his gratitude for the excellent collaboration over the years and especially for the understanding that a life of study and writing often entails a great amount of seclusion. He underscored the importance of the manuals he wrote for his students in the eighties and nineties in order to give voice to the directives of Vatican II’s Optatam totius regarding the study of philosophy. These manuals give expression to the thought of the Angelic Doctor, whose teaching is a firm beacon to counter the mistakes and errors of many modern philosophers, the influence of which he witnessed first-hand while working for the Congregation for the Doctrine of the Faith in the seventies. Finally, he voiced his concern regarding the continuation of this philosophical program he helped to establish. 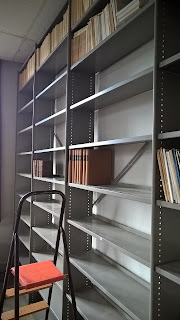 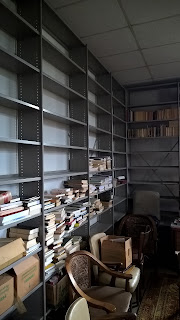 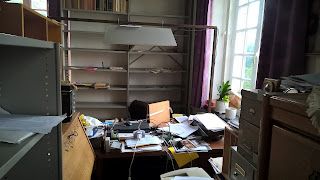 The first days of July had him occupied with boxing his personal library of ca. 5000 books on Greek philosophy and Thomas Aquinas. In the coming days he will move to a house of his congregation, the Societas Verbi Divini, in Teteringen, some 100 km. north from Rolduc. Fortunately, he will be able to bring the majority of his books with him.

Fortunately for us, he will continue his research. The English translation of his “Thomas d’Aquin et ses prédécesseurs” has been accepted by a major academic publisher in the United States and will hopefully appear in 2016. The past twelve months or so he has been eagerly working on a new book, a book which he intended to write for many decades. The book will investigate all of Aquinas’ commentaries on Aristotle and discuss Aquinas’ interpretation of Aristotle’s text. Up till now the chapters on all the commentaries are ready, apart from the commentaries on De sensu et sensato and the Politica. The Fall of 2016 will be dedicated to writing the remaining two chapters and revising the entire manuscript. Future planned research includes the use of Ambrose and Hilary of Poitiers in the thought of Thomas Aquinas.

While his farewell to Rolduc and other teaching posts in the Netherlands marks the end of an era (a priest-philosopher trained in the commentatorial and manual tradition of classical thomism), we all continue to profit from his past and future research. For more information check out his website www.leoelders.org, containing some 80 of his articles 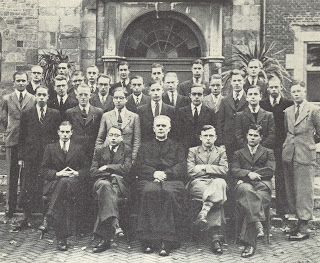 Leo Elders in 1943 at the age of 17. Picture taken at the Rolduc Gymnasium (Boarding School) where he returned in 1976 to teach philosophy (Leo Elders is pictured in the third row, fourth from the right)
Gepost door The Belgian Thomist op 23:31 Geen opmerkingen: