A breath of fresh air is wafting through St Peter’s 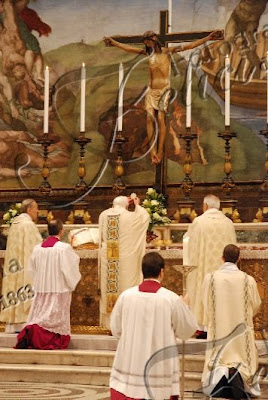 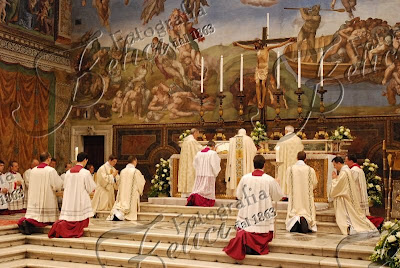 The Society of Jesus 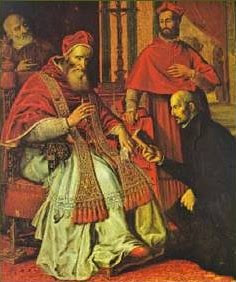 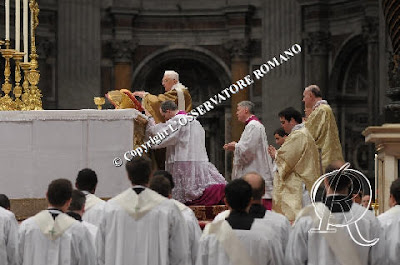 Zie ook dit bericht over Piero Marini hier:
He also evoked the problems of dealing with large numbers of concelebrants and of the distribution of Holy Communion to huge crowds. It was clear that he found none of the attempted solutions to be satisfactory. If I understood correctly, he mentioned in passing that Pope Benedict has recently approved a document that limits the number of concelebrants to as many as can be clearly seen to be in relation to the altar, that is to say, no more than the sanctuary can hold. (I was making a note of something else when he said this, so I may have missed something; he might have been advancing his own opinion.) Some of the expedients adopted for the distribution of Communion were downright weird. At one outdoor Mass, concelebrants were bussed to communicants; at the World Youth Day Mass in Paris, enormous quantities of hosts were consecrated at private Masses celebrated in tents around the edges of the site the day before, and distributed from these “eucharistic tents” during the papal Mass. 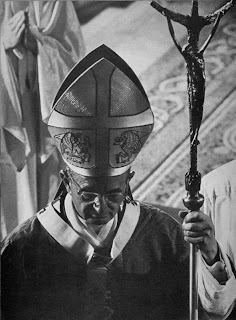 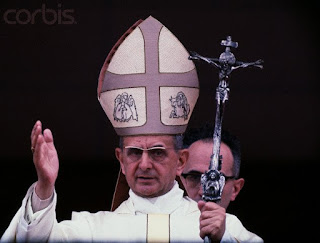 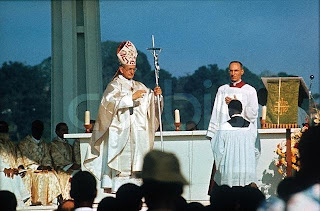 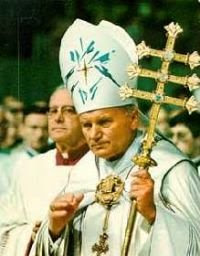 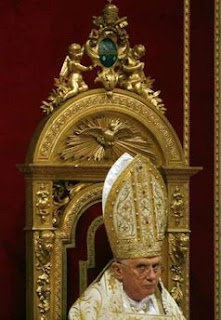 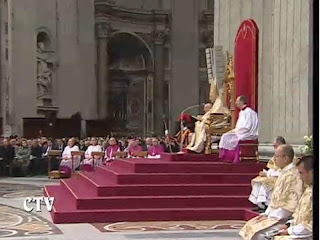 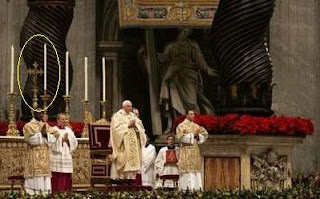 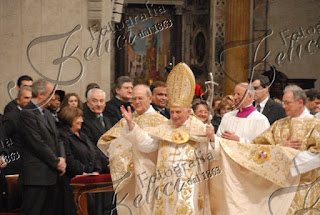 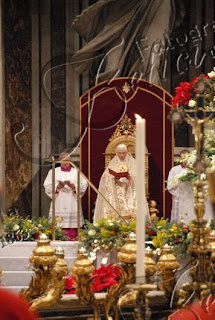